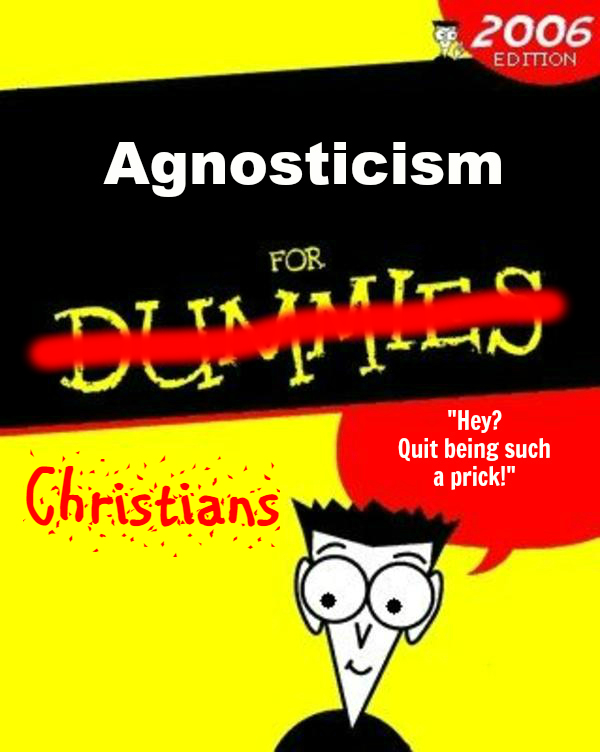 I am kicking around this idea for a book called Agnosticism for Christians. Who knows if it’ll ever see the light of day, but I think the idea deserves a few posts (if for no other reason than to see if it strikes a chord with anyone).

I would like to offer a suggestion: Those who dwell on the old “Theism vs. Atheism” debate are stuck in an increasingly outdated paradigm and therefore are asking the wrong question. Sure, you can pull up any number of YouTube debates between some conservative Christian and an ardent atheist and watch them vehemently attack one another, and you may come away with the impression they are diametrically opposed, and that each represents a radically different view of the world.

But you’d be wrong.

While our proverbial theist and atheist disagree about the details of their positions, they hold their positions in exactly the same way. In both cases, the person is absolutely certain that he is correct in either espousing or denying God’s existence. In other words, while the two opponents disagree about whether there is a God, what they share in common is the perceived ability to actually know such a thing.

But what if that shared sense of certainty makes the theist and atheist more similar than different?

If my own journey has taught me anything, it’s that doubt creates a stronger bond of fellowship than certainty ever could. Indeed, I feel a greater camaraderie with someone who disbelieves in God doubtfully than I do with someone who believes in him certainly. In short, I am more comfortable with people who think I am wrong than with those who know I am right.