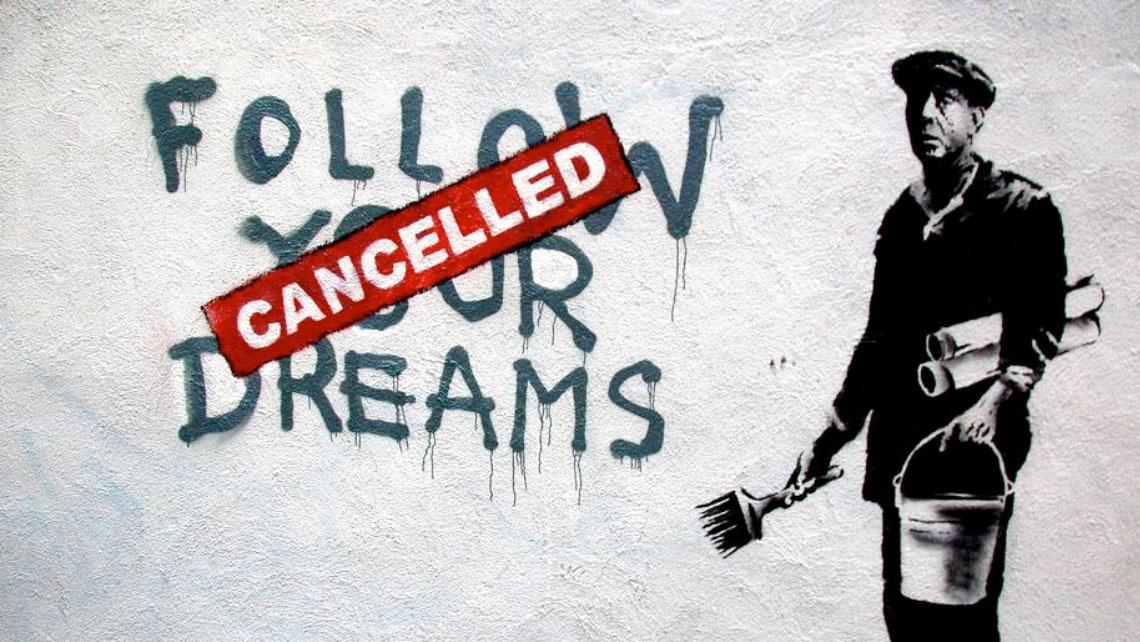 As I have stated, the purpose of this series is to integrate some of the spiritual and theological ideas I have been engaging with over the past several years with my own Cathol(ish)ism. In addition to things like religionless Christianity and radical theology I am also drawing from a rather unlikely source of inspiration: quantum theory.

In my last two posts I have discussed the lack, or void, that is intrinsic to the human experience. As I have suggested, the way we often deal with this sense of emptiness is to insist that it is an unnatural intruder that must be overcome, and further, the Christian solution is to say that this void cannot be filled by the pleasures of this world, but only through Jesus. Only he (the story goes) can fill our emptiness and bestow genuine wholeness and completeness upon us.

To appreciate how revolutionary quantum physics is (and I am not claiming to have a mature appreciation of it since I’m the least scientifically-minded person, like, ever), we first must know a thing or two about classical physics. One of the primary assumptions of the old model is that the universe is explicable and understandable, at least in theory. True, there are many things we do not in fact know about our world, but that’s only because we have not learned those things yet. Since the whole is equal to the sum of its constituent parts, it’s only a matter of time (and technology) until we will have broken everything down to its individual components, examined them all, and come to an understanding of all of life’s so-called “mysteries.”

It is here that quantum theory comes in with a big ol’ “NOPE.”

The discoveries of quantum physicists have led them to insist that no, the universe is not in principle explainable, that the whole is actually greater than the sum of its parts, and that reality is, well, mysterious.

By way of illustration, consider the various photos of UFOs floating around the Internet. For the skeptic, the obvious question is, “Why are all the pics so blurry? If the flying saucer hovered over your barn for ten minutes, why couldn’t you capture a sharper photograph of it?” But what if the flying saucers are themselves actually blurry? What if we aren’t looking at blurry pics of a sharp object, but instead we’re looking at perfectly good pics of an inherently blurry object?

Quantum theory insists that the universe, as it were, is blurry. There is a mystery and unknowability baked into the very bones of the world, and therefore any attempt to overcome our unknowing is always folly (and is usually arrogant and patriarchal as well). This sense we have, then, that something just doesn’t add up, that there is a void or lack at our very core, is not only correct, but it also reflects the way things are and must be. Simply put, we cannot “avoid the void” because it is hardwired into the nature of reality itself.

In his book, Quantum Theology, Diarmuid O’Murchu applies this approach to spirituality and writes:

“Quantum theology seeks to befriend the pain and embrace the dark. It seeks to redeem the chaos, [but] not by projecting it onto a divine scapegoat…. In embracing the chaos, all humans are invited to recognize the interdependent nature of light and darkness, sickness and health, death and rebirth. By learning to befriend the chaos of our world, we interact with and integrate our personal chaos (sinfulness) in more authentic ways. Instead of seeking to escape from our pain by the addictive behaviors of denial and scapegoating, we begin to engage with it, listen to it, and learn from it.

“Redemption is about reclaiming the darkness, the nothingness, the void, and the chaos of our world and celebrating the negative potential for new life and wholeness.”

A truly honest Catholicism, therefore, will be infused with a profound realism and humility concerning just how abundant the “abundant life” can actually be, insisting that the chaos and absurdity at the heart of existence (and at the core of our very selves) cannot be circumnavigated.

The task, then — indeed the very Gospel — involves embracing the dark rather than denying it, bearing our crosses to the death with an eye to a this-worldly resurrection (whatever that may look like).

(Throughout the book, O’Murchu puts forth twelve Principles of Quantum Theology [the seventh of which was cited above]. All twelve are listed below.)

Principle #1: Life is sustained by a creative energy, fundamentally benign in nature, with a tendency to manifest and express itself in movement, rhythm, and pattern. Creation is sustained by a superhuman, pulsating restlessness, a type of resonance vibrating throughout time and eternity.

Principle #2: Wholeness, which is largely unmanifest and dynamic (not static), is the wellspring of all possibility. In seeking to understand life, we begin with the whole which is always greater than the sum of the parts; paradoxically, the whole is contained in each part, yet no whole is complete in itself.

Principle #3: Evolution is underpinned by a deep unfolding structure, characterized by design and purpose, necessitating an unceasing interplay of order and disorder, randomness and creativity.

Principle #4: The expanding horizon of divine belonging is the context in which revelation takes place; all creatures are invited to respond, to engage in the co-creative task of being and becoming. All life forms have unique roles in this process, the primary focus of which is creation itself rather than formal religion.

Principle #5: Because the capacity to relate is itself the primary divine energy, impregnating creation, we humans need authentic ecclesial and sacramental experiences to explore and articulate our innate vocation to be people in relationship.

Principle #6: Ultimate meaning is embedded in story, not in facts. All particular religious stories belong to a larger story, which includes but also transcends the specific religious traditions of any one historical or cultural epoch. All sacred texts are attempts at articulating ultimate truth and archetypal values, approximations that require fresh interpretation in each new cultural epoch.

Principle #7: Redemption is planetary (and cosmic) as well as personal. Redemption is about reclaiming the darkness, the nothingness (void), and chaos of our world and celebrating the negative potential for new life and wholeness.

Principle #9: Because we are primarily beneficiaries of light (and not of darkness), and our final destiny — both here and eternally — is that of enlightenment, we all need those sacred moments of ritualistic/sacramental space, serving as heightened encounters with the sustaining mystery that enfolds us.

Principle #10: The concepts of beginning and end, along with the theological notions of resurrection and reincarnation, are invoked as dominant myths to help us humans make sense of our infinite destiny in an infinite universe.

Principle #11: Extinction and transformation, the evolutionary equivalents of Calvary and resurrection, are central coordinates of cosmic and planetary evolution. Their interplay at this historical moment — our “kairos” — provides the primary locus for the praxis of the quantum theologian.

Principle #12: Love is an interdependent life force, a spectrum of possibility, ranging from its ultimate divine grandeur to its particularity in subatomic interaction. It is the origin and goal of our search for meaning.