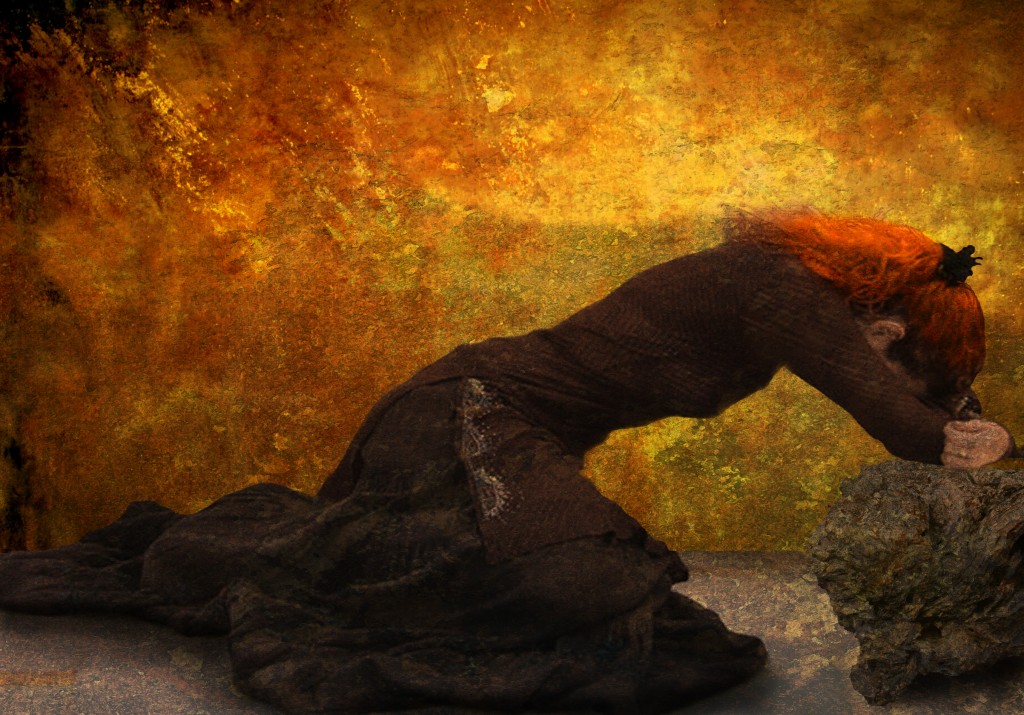 There was once a woman in great distress, and to her surprise she experienced a vision while praying in which she was visited by the angel Gabriel. “Greetings, daughter of Eve,” the heavenly messenger said. “Word of your turmoil has reached my ears.”

“Oh Gabriel!” the grieving woman exclaimed, “I am indeed burdened by both grief and doubt.”

“Tell me,” the celestial being urged.

“It’s my child,” she began. “The Almighty has seen fit to afflict him with great sickness and evil, perhaps even to death.”

“It’s cancer,” the woman explained. Upon being encouraged by the angel to unburden herself, she continued. “In God’s perfect and manifold wisdom He has chosen my boy to be the object of his benevolent, yet grievous, testing and trial of receiving cancer treatment.”

“Trial?” Gabriel asked. (A less orthodox woman would have detected a hint of confusion in the heavenly angel’s tone.)

“Well of course,” the heartbroken mother answered. “Why else would the Lord have afflicted my child with such a deadly disease?”

The angel said nothing for a long time. After looking upon the distressed woman with a heaviness of heart — insofar as a spirit can feel such a thing, of course — he sighed deeply, and finally responded, “That is not for me to say.”

“Then why have you come?” asked the mother. “Is there no Word from on high that you intended to relay to me?”

“No,” replied Gabriel, his bright eyes welling with tears.

“I don’t understand,” the woman protested, her chest heaving with heaviness and sorrow. “Have you no answers for me in my hour of distress?”

“Answers?” asked the angel. “Of those I have none. But such as I do have I will give you: The One you consider omni-controlling does not dole out disease from a heavenly throne as some sort of twisted cosmic test, but instead wields (what humans call) power in a far more subtle and subversive manner. You are not being toyed with and tested.”

“I’m not? But what about the Bible, and all the things it says about trials and prayer, trust and tribulation?”

“I cannot speak to that,” Gabriel gently replied, placing his hand upon the mother’s shoulder. “My only counsel to you is that you divert your eyes from the sky and rise from your knees, for the answers which you seek are not to be found at some great distance. Indeed, there may be no answers forthcoming at all. But if they must be sought, you must seek them where you dwell, in the terrestrial realm of earth and flesh.”

“But why won’t God just hear from heaven and answer me himself?”

“‘God’? ‘Hear from heaven’?” the angel repeated with a mixture of bemusement and pity. “My dear child, I haven’t seen Him for years. For He left my domain long ago and has committed to haunting yours. If you seek him, both for yourself and for your child, He will be found, albeit often in unlooked-for places and in ways unwelcome.”

Whereupon the vision ceased and the woman arose and went to comfort her sick child at his bedside, beginning to discover that the heavenly door had been open long before she knocked, and that it was in the human act of seeking that divinity was found. But not in the still small voice of answered prayer, and instead in the earthquake, in the fire, and in the calamity of cancer.