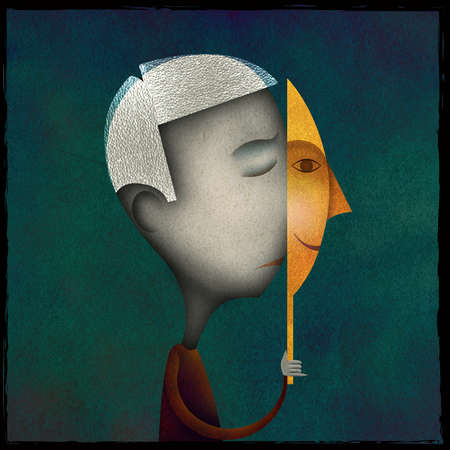 One of the most unfortunate phrases in the English language is “He’s only human.”

The assumption lurking behind it is that humanity is akin to weakness, like a crutch, and is therefore something to be ashamed of. I touch on this in the book I am currently writing:

A proper Christology reminds us that receiving heavenly grace does not force upon us an entirely new operating system or delete everything on our human hard drive, but affirms all the good stuff that we have downloaded previously (even providing the occasional update when necessary).

I am reminded of G.K. Chesterton’s response to those who would seek to dismiss the Church’s liturgical feasts and festivals due to their being of pagan cultic origin: “They might as well say that our legs are of pagan origin. Nobody ever disputed that humanity was human before it was Christian; and no Church manufactured the legs with which men walked or danced, either in a pilgrimage or a ballet.”

To put it another way, “Christian ideas and practices resemble pagan human ones? No shit.”

For my part, relating to someone who makes no religious claims, but who is in touch with his or her humanity, is much easier than identifying with somebody whose religion seems to stifle or swallow their human side. Forget identification, I can barely stand to be in the same room with such a person.

We all know the kind of people I am referring to: fixed, plastic smile; crippling fear of vulnerability; spiritual platitudes aplenty. One can’t help but feel sorry for these folks (especially if you used to be one), for they are so paralyzingly afraid of all their human parts that they feel the need to mask everything about themselves that threatens to divulge the fact that they are mere men instead of a demigod or angel.

Concerning the schizophrenic desire on the part of many to play a role instead of being their true selves, Thomas Merton writes:

Alienation begins when culture divides me against myself, puts a mask on me, gives me a role I may or may not want to play. Alienation is complete when I become completely identified with my mask, totally satisfied with my role, and convince myself that any other identity or role is inconceivable.

The man who sweats under his mask, whose role makes him itch with discomfort, who hates the division in himself, is already beginning to be free. But God help him if all he wants is the mask the other man is wearing, just because the other one does not seem to be sweating or itching. Maybe he is no longer human enough to itch (or else he pays a psychiatrist to scratch him).

Unfortunately it is not just culture that can “divide us against ourselves,” the church can do it too. This happens by way of the slogan mentioned at the beginning of this post: Humanity is mistrusted and being human is subtly apologized for, to the point where divinity “mercifully” swallows humanity.

Christologically-speaking, such a person is a monophysite. Individually-speaking he’s kind of a douche.

In summary, the more we hide our humanity beneath a spiritual or religious mask, the more we lose the integrity of our souls. In fact, “integrity” simply means “wholeness” (like how an integer is a whole number), meaning that suppressing or burying our humanity actually (and ironically) ends up splitting us in two, and we forget which one of us is real.

Thus the greater the degree to which we avoid grappling with our own humanity, the more hopeless will become our thoughts, and the more frenetic will become our activity as we seek to distract ourselves from our own existential schizophrenia. “[Such a man] becomes his own slave driver,” Merton says. “A shadow whipping a shadow to death.”

But to borrow a line from the song which gave this post its title,

I can’t help the feeling

That I could blow through the ceiling,

My nickel’s worth of free advice? If you are in a situation where you feel forced to don a mask or put forth a fake plastic self — either because the culture is forcing you to, or the church is — then please know that the walls and ceiling that cause your claustrophobia are falsely concocted, and that there really is the freedom for authenticity and truth. There really is room for your humanity to breathe.

There really is space to run.