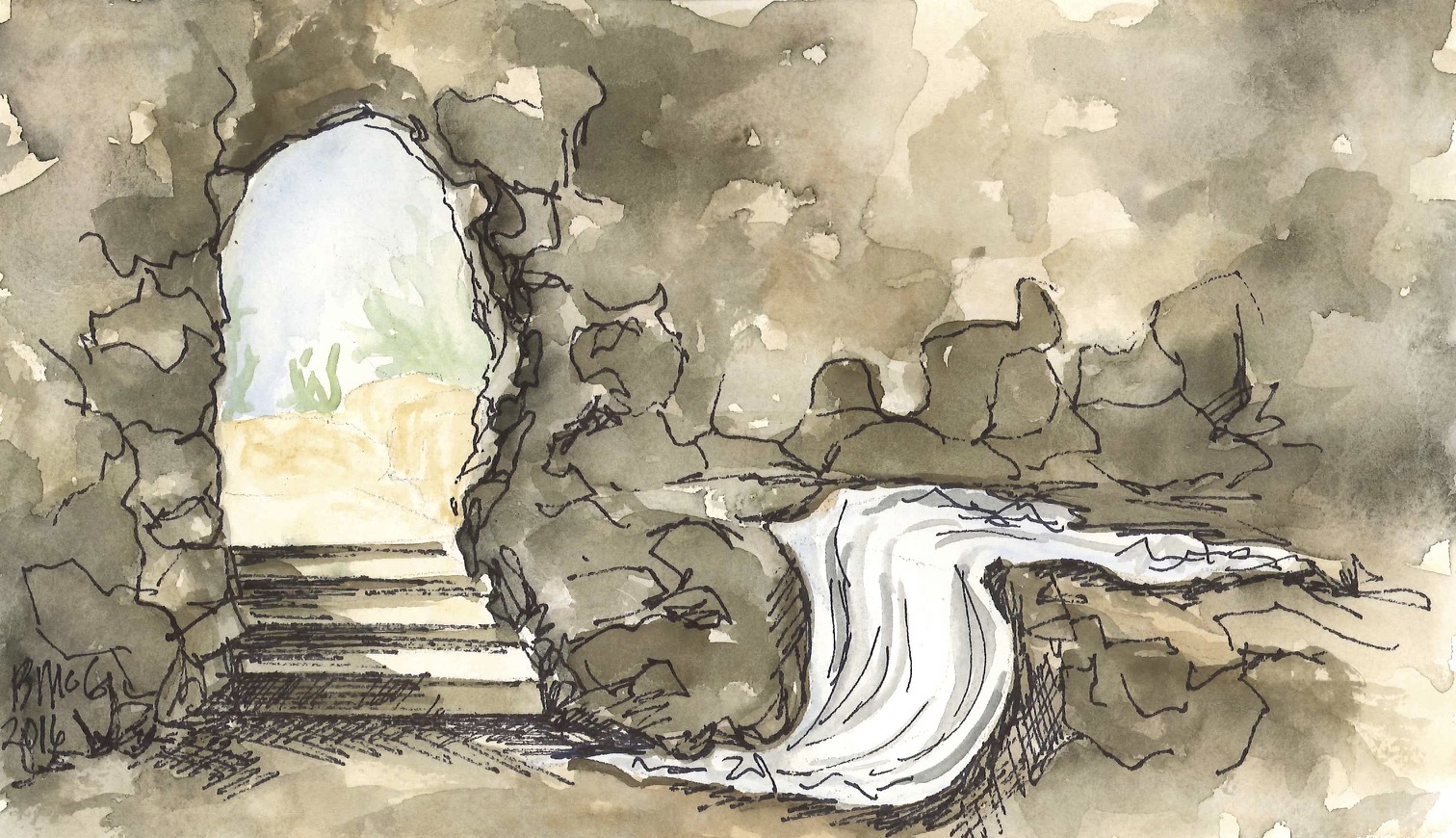 In my last post in this series I suggested that participating in the crucifixion of Christ (what Jesus sometimes called “carrying our cross”) involves a willingness to put to death our old gods, our old idols, and our old way of thinking, and moreover, we must do so without really knowing what, if anything, will emerge in their place.

To unpack this idea a bit more I’d like to appeal to the story of the resurrection.

According to the New Testament gospels, Jesus died on a cross, was buried in a tomb, and then emerged from the tomb on the third day alive from the dead. (Keep in mind that whether one considers the resurrection of Christ to be literal history or only metaphorical and figurative makes no difference to my overall point.)

The question I’d like to consider is, “Was the Jesus who walked out of the tomb the same Jesus as the one who was laid there three days prior?” Well, yes and no.

As the gospels tell it, the risen Jesus was Jesus-y enough to be recognized by those who knew him, but not always immediately. In some cases his disciples and friends didn’t recognize him at all (they sometimes seemed to have been supernaturally kept from doing so). Moreover, while the resurrected Jesus ate solid food, thereby dispelling the disciples’ suspicion that he was a mere ghost, he also had the ability to simply appear in a room whose doors were locked.

In the same way that the Jesus who emerged from the tomb on Easter morning was similar to how he was before and yet significantly different, so with our faith. In fact, I would go as far as to say that unless what is reconstructed from the rubble of our deconstructed faith is markedly different from what we held before, the entire process will have been a waste of time.

Remember: Even in a conservative reading, the point of resurrection is not simply “everlasting life” (as in, a continuation of our same old earthly lives forever). Rather, as Paul makes clear in his monumental treatment of this topic, the point of resurrection is that we now live our lives according to an entirely new and higher mode of being. In the same way that Christ rose again in a body that reflected his now glorified state, we will rise in glorified bodies as well.

So must our faith.

Killing our old gods means being willing to go all the way. We need to let our old ideas die and stay in the tomb for as long as it takes for something truly new to gestate and emerge from the grave (and it likely won’t be a mere three days later). We must beware of seeking to resuscitate our idols prematurely, for it is only by this leap of atheistic faith — during which our gods are dead and our ties to them are severed — that we can find the space and the silence to truly contemplate what kind of human beings we want to be.

And the theology? Let that emerge in its own time.