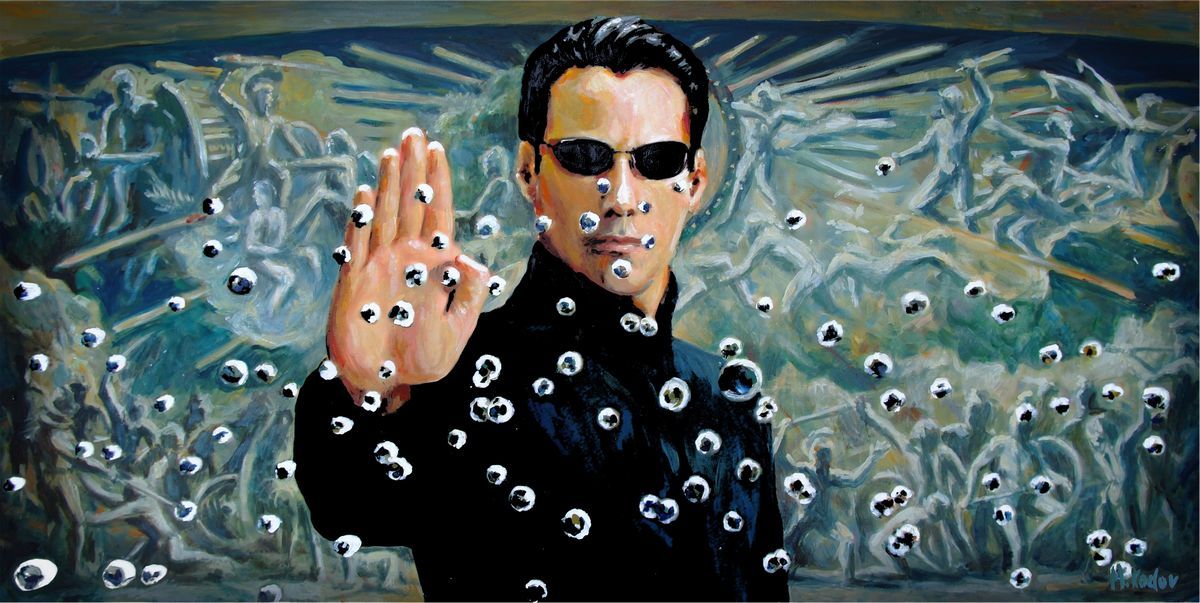 We have seen thus far in our Vatican’t series that with the death of Jesus came the death of an idolatrous and serpentine system according to which God is a kind of Genie in a bottle whose job is to provide us with the sense of wholeness and well-being that we lack.

But if this God-as-idol has been crucified, what emerges from the tomb on Easter morning?

And those dissimilarities are crucial.

Speaking for myself, the faith that has slowly emerged since my own deconstructive process began several years ago is quite different from what went before in a couple significant ways. First, I no longer see “God” as quarantined from the world the way I used to. My former theology stemmed from the so-called Creator/creature distinction, which teaches that God is altogether “other” and therefore completely distinct from humanity. There is no sense or scenario in which divinity and humanity intersect, ever. The only common ground that heaven and earth can achieve is found in the various covenants or legal arrangements that God brokers with mankind. But when it comes to the level of “being” (what philosophers and theologians refer to as ontology), God and man are altogether distinct from one another (and what God hath put asunder let no man join together).

(Like all errors ultimately are, this is a Christological mistake, a misunderstanding about Jesus. After all, if [as the story goes] the Son of God assumed a human nature and body that were ontologically united with his divine nature [as in, united for realsies], then the insistence that divinity and humanity cannot intersect is patently false at the most basic and obvious level.)

Another area where my faith has been deconstructed and reshaped — and this is related to what I described above — concerns the issue of humanity itself. The story of Jesus, whether understood literally or figuratively (it doesn’t matter), teaches us that something has happened to the material world, and to humankind in particular, on account of the Christ event. In other words, due to the incarnation, death, resurrection, and ascension of Christ, things are different now. Indeed, we are different now.

In orthodox terms, we could say that the Christ event has effectively divinized humanity. By assuming human nature and human flesh, and then dying, rising, and ascending in it as a God-Man, Jesus is the firstborn Son and prototype of a whole new roll-out of humankind. In other words, now that the Spirit of the risen Christ has been “poured out on all flesh” (Acts 2:17-21), whatever ceiling we once constructed that separated heaven from earth has been shattered. The earth is holy now, humanity has been infused with divinity and grace, and the totus Christus (the “whole Christ”) now consists of Jesus and us. To cite Paul, there simply is no Christ without us, his Body. “Head in heaven,” sings Bono, “fingers in the mire.”

Or to put all this in (much) less orthodox terms, maybe there is no external divine Agent accomplishing any of this, and it’s just that the religious consciousness of humankind has simply evolved beyond the need for bullshit mythical ideas whose role was to threaten us into not being complete assholes?

Either way, I’m good with it.