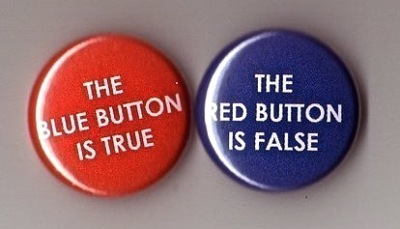 I have been thinking lately about the issue of integrated, holistic living.

What I mean by this is the idea that one’s life could or should reflect a worldview that is internally consistent and all-encompassing. For example, I explained recently that I am trying to move my eating habits in a more whole-foods, vegan direction. Part of my reasoning for this has to do with the issue of complicity in an overall system that I have huge problems with — if I question certain American values, doesn’t it make sense to question the American diet? After all, eating is a political and cultural act, and how we do it says more about us than we might realize at first glance.

This brings up an interesting question: Just how many consistent worldviews are there, really?

Stick with me, now. If someone, say, places a high premium on his freedom to own an assault rifle, chances are he is suspicious of any government plot to strip him of that right. In fact, he is probably suspicious of government power of any kind (like the mandating of health care or regulation of industry, for example). This person will most likely be a free market capitalist who favors the reduction of publicly-funded aid for the poor, who thinks immigration laws should be strict and well-enforced, and who believes drilling for oil in the ANWAR is a good idea.

On the other hand, if someone shops at a farmer’s market, chances are he values guilds or unions and is mistrustful of corporations in particular and of the accumulation of wealth in general. He is likely unfavorable toward the military and the military industrial complex as a whole, and he would have marched in Seattle against the IMF and World Bank if he had had the chance. And he drives a hybrid car.

But what happens when one’s worldview contains elements that are directly contradictory and internally inconsistent? In one respect I am an example of this very thing, for when it comes to civil and political matters I am something of an anarchist, preferring organization from the bottom up rather than from the top down. Yet despite this, I am a member of perhaps the most hierarchically-organized institution in history: the Catholic Church.

For my part, I long for holistic integration for a variety of reasons. But in this case my worldview is just one big ol’ contradiction, and that contradiction exists in perhaps the most significant of issues.

In a word, can this tension be ignored and allowed, or does something gotta give?