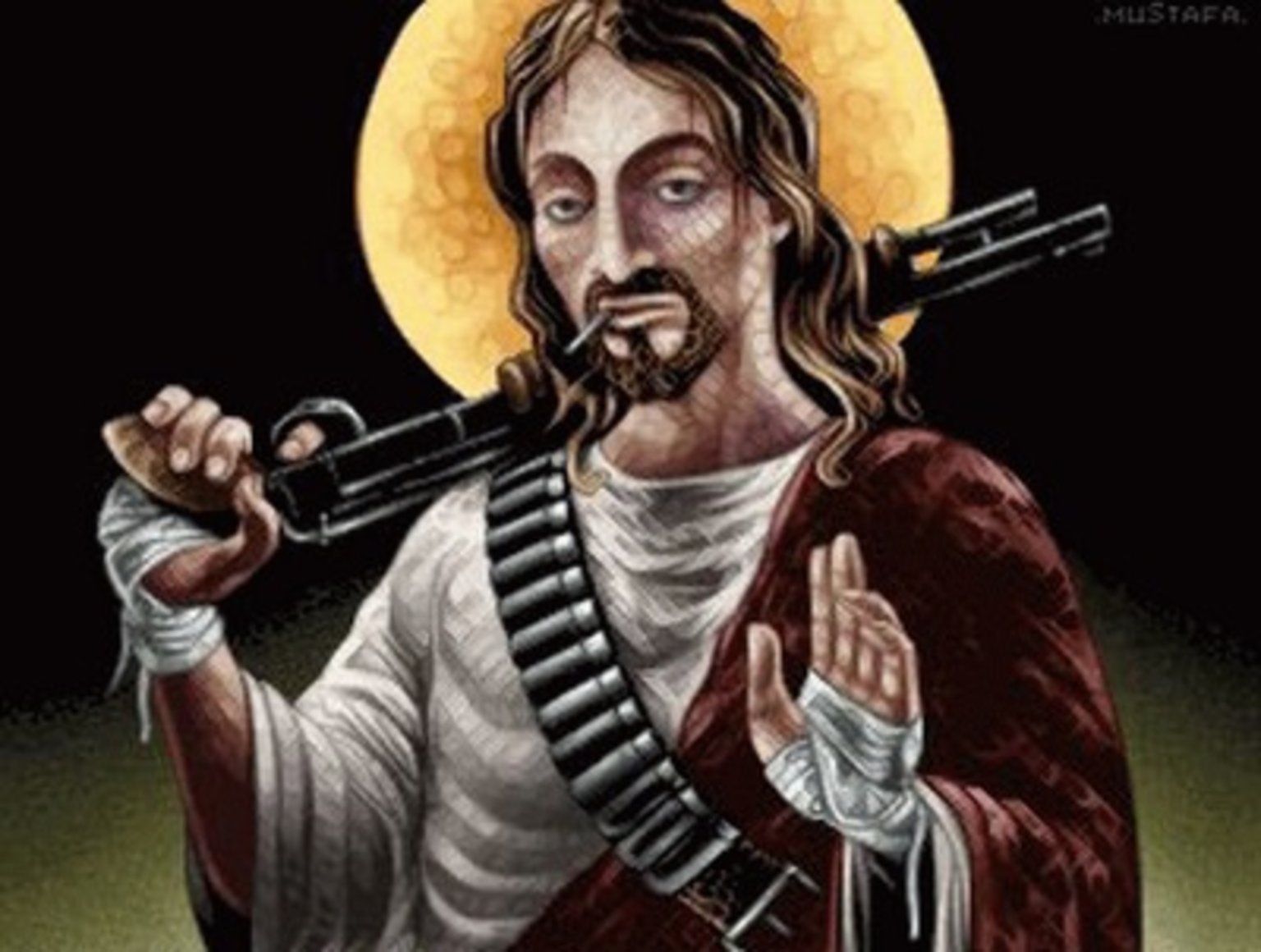 As you may know, I am in the midst of a series on the Misfit Faith podcast titled “Faith Getting Woke” in which I am highlighting some things the American church needs to do if it wants to survive in a post-Christian culture with participation-trophy-wielding Millennials running around vaping everywhere.

This latest episode focused on the issue of power.

As I hinted at in the show, I would maintain that in order to deal with this issue an entire paradigm shift is needed that (pardon the mixed metaphor) will burst our old wine skins asunder.

The reigning paradigm for most believers goes something like this: Since mankind has been around, the rules have stated that if you’ve got a club and that guy doesn’t, then you can just hit him over the head and take his stuff. (Replace the word “club” with “gun” or “nuclear arsenal” in order to bring this up to date.)

In other words, might makes right, and it always has.

This being the case, Christians create a god in our own image — a tribal, cage-fighter deity whose enthusiasm for CrossFit is as huge as his F-150’s set of truck nuts. We then gravitate toward those passages in Scripture that focus on omnipotence and retribution in order to assure ourselves that the god we’ve invented is the right one.

Also (and this is important), he totally hates us.

That last part is absolutely essential. Our own self-loathing demands that the god we create can’t stand us and issues laws condemning us for being too this or not enough that. Once we have sufficiently distanced this god from us by a self-imposed decree of condemnation, we then live our lives bewitched by the fantasy that once we do finally get to him all our brokenness will be healed and the hole in our hearts will be fully and forever filled.

Now I know what you’re thinking: “But this is where the gospel comes in and explains that we can be saved — God’s anger has been quenched because he has poured his wrath out on a Substitute, his Son Jesus.”

But as I explained in the podcast, this fundamentally changes nothing. God is still a maniacal and vindictive mouth-frother, it’s just that he vents his fury on something other than you. All the underlying dynamics remain intact: God is primarily a lawgiver whose inflexible justice demands his eternal pound of flesh, and we are nothing but pardoned criminals living on borrowed time.

I would suggest that the true freedom of the gospel comes from the obliteration of this whole system and the discovery of an entirely “new and living way” according to which Jesus’ crucifixion puts to death this Old Covenant paradigm with all its associated law, guilt, and condemnation.

While time and space don’t suffice to describe this process further, I’ll at least say this much: The church collectively and believers individually cannot hope to rethink their warped and violent view of power until they have experienced true liberation from this violent power structure themselves.

And until or unless they do, the culture will continue to evolve and the church, as they say, will be left behind.